The Veterans of Foreign Wars (VFW) is an organization committed to advocating for the betterment of all veterans. This nonprofit veteran service organization includes eligible veterans of active, guard, and reserve components.

After the Spanish American War ended in 1898 and the Philippine Insurrection (1899-1902), many veterans arrived back home, wounded and sick. There was no medical care or veteran pensions available for them. Some of these veterans banded together to form the early precursor of the organization that would later become the VFW. After chapters formed in Colorado, Ohio, and Pennsylvania, the movement gained momentum. Currently, there are more than 1.5 million members in the VFW and its auxiliary organizations. 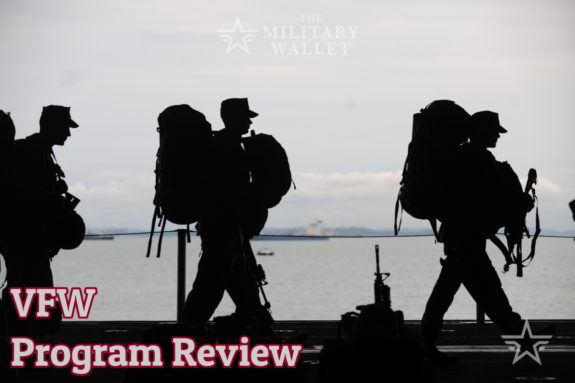 How Does the VFW Support Our Military Community?

The VFW has helped fund the creation of several war memorial monuments, including the Vietnam, Korean War, WWII, and Women in the Military Service memorials. In 2005, the VFW became the first veterans’ organization to contribute to building a Disabled Veterans for Life Memorial, which opened in 2010. In 2015, the VFW answered the call for commemoration and became the first supporter of the National Desert Storm War Memorial.

VFW’s voice was instrumental in the early establishment of the Veterans Administration (VA) and helped with the development of the national cemetery system. VFW’s advocacy efforts have helped fight for Vietnam veterans exposed to Agent Orange and for veterans diagnosed with Gulf War Syndrome.

The continued fight for improved VA medical center services for veterans continues to be paramount to VFW’s mission. In particular, the VFW was the driving force for the Veterans Access and Accountability Act of 2014 and is currently advocating for legislation to support those who have experienced military sexual trauma.

The VFW is the largest organization of combat veterans, so they completely understand and are well versed in the nuanced process of filing for separation and benefits claims. The process can be frustrating, so the VFW established the National Veterans Service (NVS) to help all veterans, servicemembers, and families navigate the steps.

NVS is a nationwide network of VA accredited service officers and pre-discharge representatives who are all experts in dealing with the VA. These individuals can help combat veterans get the care they need. VA reports show that veterans represented by the VFW have received more than $9 billion in earned benefits, with $1.4 billion in 2019 alone.

Understanding VA benefits and what to expect after filing a claim is just part of the process. The VFW will work with you every step to ensure once you’re ready to file a claim, you’ll have all of the resources you need.

Before transitioning from the military, the VFW recommends exploring pre-discharge options. The VFW pre-discharge program was established in 2001 to ensure separating and retiring active duty military personnel get the services they need. Pre-discharge offices are located at or near major military installations across the country. If you’re within 180 days from discharge, it’s important to start the process now. Find out what you need to bring and what to expect at your first meeting.

In addition to assisting veterans with benefits and claim information, the VFW offers financial grants, student veteran support, and a mental health wellness resource aimed at dismantling the stigma associated with PTSD.

The VWF also widely supports various advocacy causes, including improving legislative processes, national security and foreign affairs, advocacy relating to women veterans, and other grassroots efforts. The organization prides itself on being the watchdog of the VA and is quick to explore any allegations of mistreatment of veterans.

Who Is Eligible for VFW Services?

As established in the bylaws, there are three qualifiers to join the VFW:

The latter of these criteria can be authenticated with an authorized campaign medal, receipt of hostile fire pay or imminent danger day, or service in Korea for 30 consecutive or 60 non-consecutive days.

More information can be found here.

How Does VFW Compare to Similar Organizations?

The VFW is not open to all veterans in that a servicemember needs to have been in a situation that warranted either hazardous pay, imminent danger, or been deployed. That makes it a little difficult to compare with other veteran organizations accurately. The VFW currently has the highest proportion of combat veterans, as compared with the American Legion or AMVETS.

However, the VFW does a lot in terms of member advocacy and ensuring that every veteran receives the benefits they are entitled to. So, in this way, the services offered by the VFW stand to have a larger impact than direct services offered to individuals.

Fundamental Constraints on Economy Have Not Changed: Larry Summers

What it takes to get top secret clearance

As the 2016 NBA Finals draw closer, Stephen Curry and the Golden State Warriors are aiming for a championship repeat. In preparation, it never...

Mursel's family doesn't approve of Anna having children, so he is forced to break it off and move back home to Turkey. '90 Day...

As the battle continues over the video showing the death of a trainer killed by a whale at SeaWorld, Kelly Cobiella reports on the...

Funding the U.S. Postal Service has become a political hot-button issue in the run-up to the November presidential election. The USPS has formally warned...

2020 hopeful Andrew Yang on why he can beat President Trump

Businessman Andrew Yang believes he can beat Joe Biden for the Democratic nomination and President Trump in the general election. Yang spoke with "CBS...

When Christian Moore saw Connor Crites, who has autism, crying, he took the second-grader's hand and held it until they both walked into school.

The Bravo alum teases her return to reality TV and admits she doesn't remember having sex with Eddie Cibrian. Plus, Brandi & Justin Sylvester...

In 2015, Vanguard launched a new service to help clients get the answers they need to maximize their investments. Vanguard Personal Advisor Services combines...

ABOUT US
The Millennial Read is a trending news and video site, providing you with the latest updates straight from the top media sites in the News, Politics, Fashion, Sports, Finance, and Entertainment industries. We encourage expressing your Millennial Voice using our platform for discussing real life topics and solutions that interest you.
Contact us: info@themillennialread.com
FOLLOW US
© Copyright 2019 - Themillennialread.com - All rights reserved
MORE STORIES